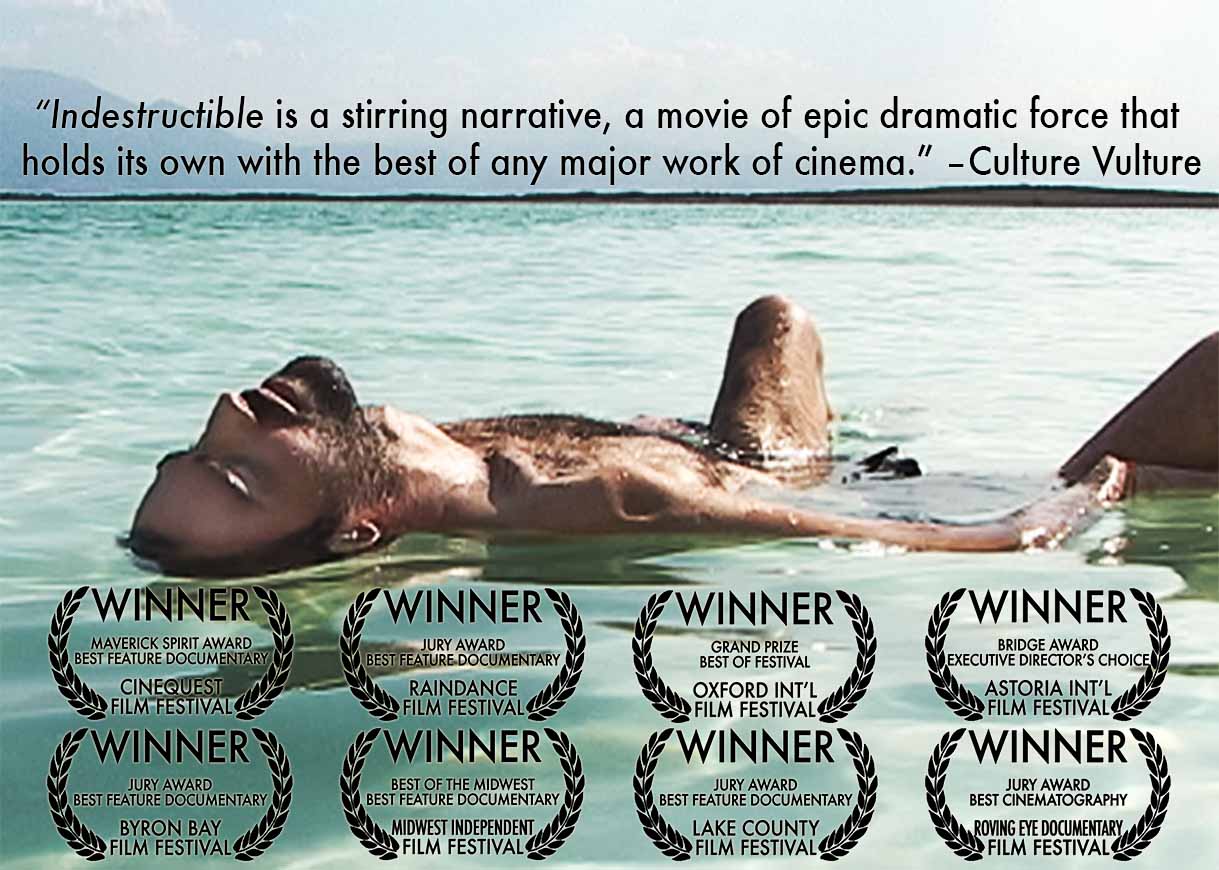 Indestructible follows its director and main subject, Ben Byer, over the course of three and a half years and across six countries as he searches for a treatment. Joined by his childhood friend and cameraman, Academy Award™ nominee Roko Belic (Genghis Blues), Ben meets fellow ALS patients and world-renowned neurologists, including Dr. Oliver Sacks (Awakenings), discovers unexpected joys and hardships, and eventually finds himself at the center of an international medical controversy. Intertwining the personal story of Ben and his family with a harrowing first person ride through the treacherous landscape of ALS, Indestructible provides an expansive portrait of the human drama behind one of modern medicine’s greatest challenges.

Winner of six awards for Best Feature Documentary and an Official Selection at over twenty film festivals around the world, Indestructible has received praise for its riveting storytelling, beautiful cinematography, honesty, humor and compassion. An artistic triumph from a filmmaker persevering against unimaginable odds, Indestructible delivers a universal message about the bonds of family, the necessity of hope and the tragic joy of being alive.